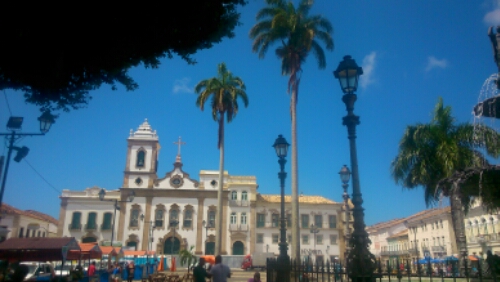 So I’m in Salvador which I am really enjoying. The quaint, cobbled streets of Pelourinho are touristy but also perfect. It’s much calmer now the weekend is over. I love the coloured, colonial building’s; the weather is balmy after the intense heat of Manaus and I finally got to a beach!

There is music everywhere especially at the weekend. You can hear it leaking from the churches and in the streets both from samba bands and pouring from bars. ​I am going to hang out here until I go to Rio next week or at least until I get bored. 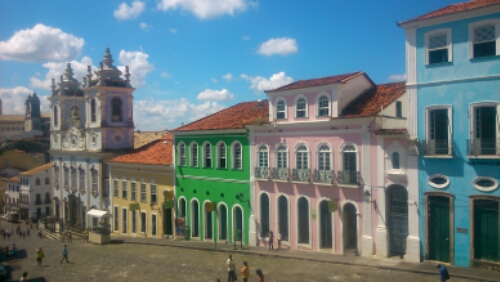 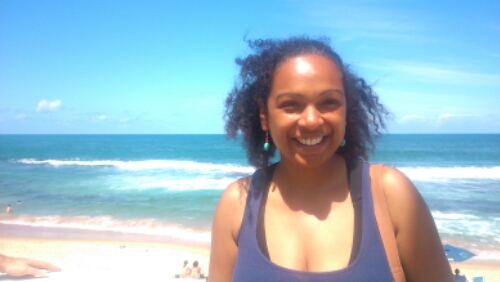 The sunsets on the Island are spectacular. Yesterday evening I sat on the pier with my new friends Alieto, Alfar and Nico (aged 8, 10 and 5 respectively) and watched the sun colour the waves golden and the sky orange, pink and violet before setting. Readying ourselves for a late one, we had a really chilled day, I went to the beach and paddled/ sat on the edge of the turquoise water. I had unfortunately given my camera to Fu for safe keeping so you will have to rely on my words for how beautiful it was. I was joined by my new friends and we managed to communicate in basic Portuguese and mostly my facial expressions. Alieto had got splinter in his foot and Alfar sharpened a piece of glass with a small stone in order to loosely cut around the splinter. Cue lots of grimacing and oohing from me. On further looking, Alieto had cuts all over his feet, I guess when you walk barefoot all the time this is common occurrence. Anyway the boys entertained my by showing me how far they could skim stones, paddling with me in the sea, and beat boxing and dancing. They have more rhythm and gymnastic ability than I have ever had and was a nice precursor to our upcoming evening. At one point they made a gift of several shells to me, then Alieto told me to eat one, I realized there was a small snail inside and demurred. Sweet of them to offer though. We walked over the pier and watched the sunset, then the boys followed/ walked me back to the hostel where I dispensed plasters and chocolate.

As partying doesn’t start until quite late here, we had several hours to chill, eat out at Sarah’s where we met several other travelers including two Oxford boys insisting that South of the River has an adequate transport system. Ach. We had capirhina’s on a gorgeous roof terrace bar then slowly walked over the bar where the partying would be. We could hear the pumping music from afar and we went into the smallish beach shack beside the sea. The music was a mixture of dance, African and Portuguese popular music and there was LOTS of shimmying and samba style dancing until the early hours, Fu impressed some of the boys a few new dance moves with his Chiny boi style. We only left because Maud had to get her chapa back to Nampula city at 4am and it was already 3.30am. Ach.

Today it doesn’t feel real that we are going to be heading back home so soon. I had a last minute skirt around the streets around the hostel and took some photos. I’ve taken hardly any photos here despite it being so lovely. We had a 6am start this morning to get back to Nampula where we will overnight then we are flying back to Nairobi where it all began. ACHHHHH. Definitely not ready to come home. Currently sitting on the terrace at Ruby’s Nampula with church singing in the background whilst Fu teaches Chipo how to play baow.